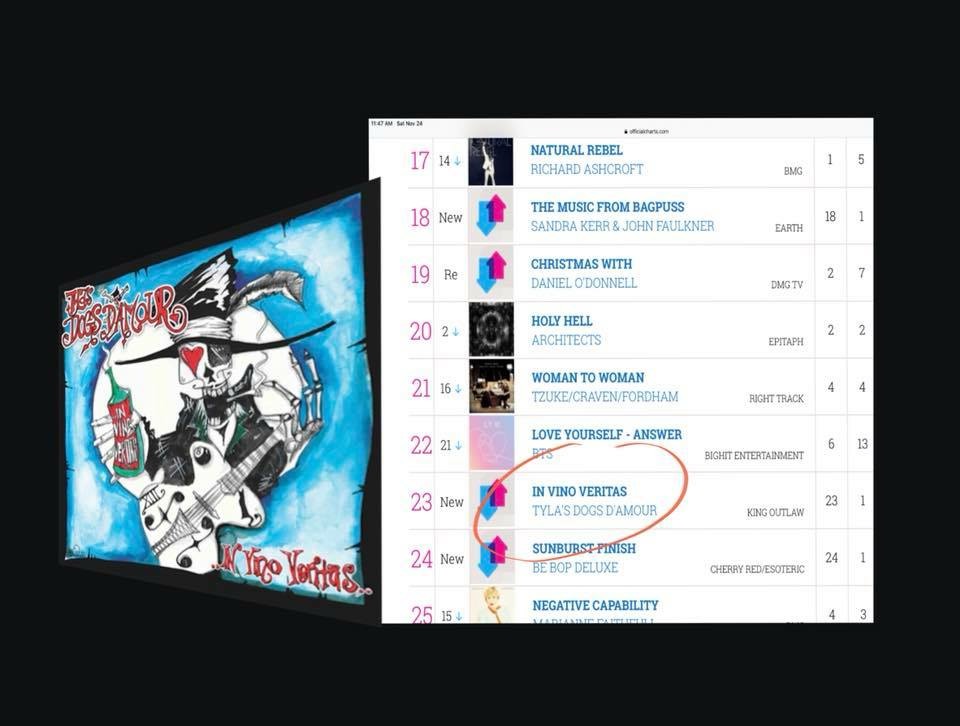 What a week! Not only do we achieve No. 23 in the Official Independent Albums Chart and No. 3 in the Official Independent Album Breakers Chart with our new album ‘In Vino Veritas’, but we continue to receive fantastic reviews of the album and amazing messages of support from you all too. Plus, we are in the final stages of preparing for our two shows at York’s – Fulford Arms (sold out) and Edinburgh’s – Bannermans! And these are gonna be cracking shows if we do say so ourselves!

All our pledgers should have everything they’ve ordered soon (outside UK will take longer) and we look forward to hearing what you all think of the album if you haven’t already had a listen.

And finally, we go into Jamie Turnbull’s Studio in Edinburgh (where we recorded the album) in between the York and Edinburgh shows to record a very special session which will become ‘In Vino Veritas – Acoustica’. Tracks from the album, but also some new stuff too.