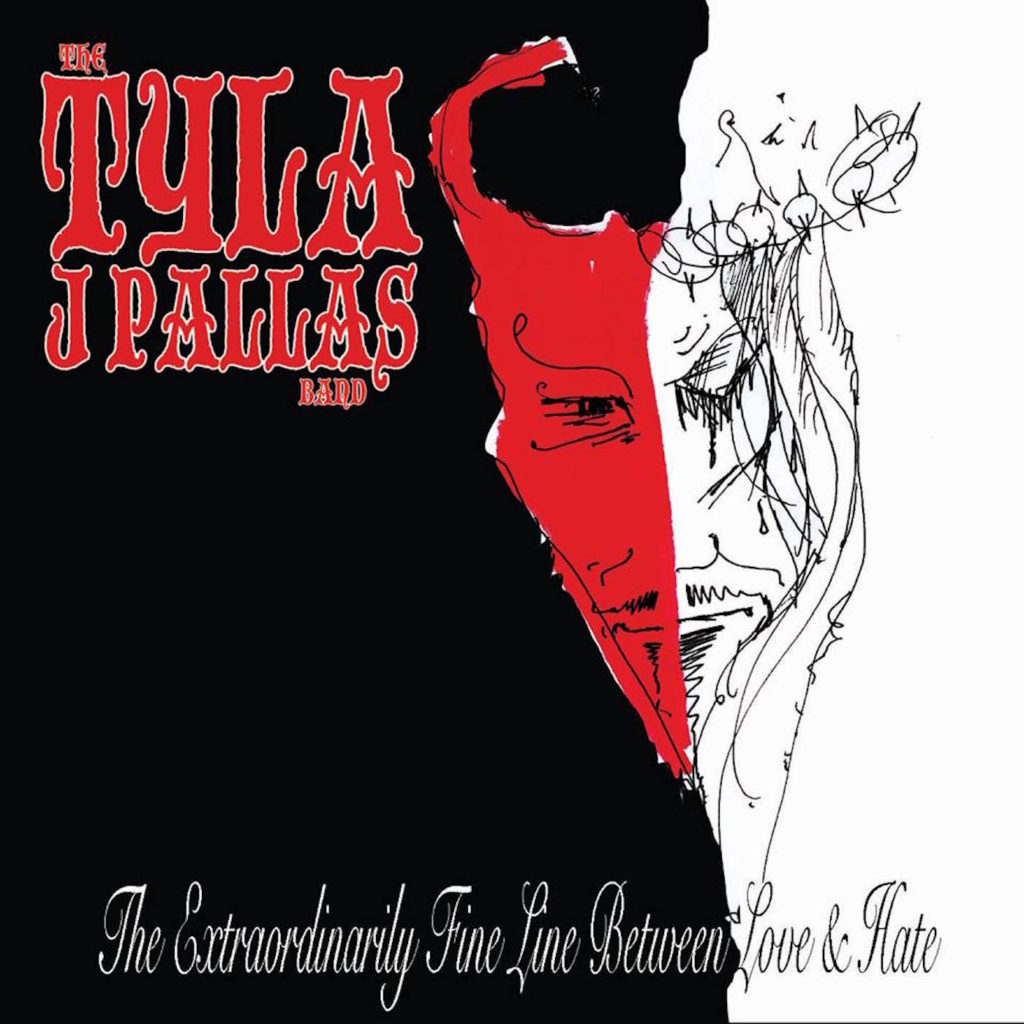 More prolific than ever Tyla J Pallas is back in the house and this time he’s brought a full electric band with him and managed to knock out a mighty fine double album of material.  Well, when I say double I mean double disc and not two whole CDs of material, as the second is what some might prefer to hear, as it’s acoustic workings of the first CD: so, value for money is the order of the day in this austerity busting package.

‘You Made Your Bed’ sees Mr Pallas fire all of his guns at once and the story unfolds.  The listener hangs on his every word as this dramatic cinemascope opener turns up the amps in dramatic fashion before our ears.  Recorded ‘round guitarist Gary’s gaff, he manages to capture the drama as it unfolds, especially on the acoustic CD (I might add).

For those who pine back to the original period of ‘Nocturnal Nomad’, then you will be delighted and rewarded with the song quality and vibe given off – like a live in your lounge experience, ‘Frozen In Time’ falls into ‘When You Just Can’t Get It Right’.  I’m getting ahead of myself now and doing this back to front so I’ll confuse you further by coverimg them side by side… maybe or maybe not.

Anyway, back to the music. ‘When you Just Can’t Get It Right’ acoustic side also sees the fine finger skills of Mark Stanway elevate the song into one of those “Tyla” moments as the guy sings a blinder – like he really means every word that comes out of his mouth could be his last.  Fear not, because if you thought that was good, then ‘Fawkes’ is another of those cat out of the bag moments.

Tyla seems to have struck a rich seam recently as the Hot Knives was a fantastic record, as was ‘Gold Rings’ and as far back as ‘Charmed’ or ‘Quinquaginta’ – The Extraordinarily Fine Line’ seems to be the zeitgeist and this record certainly has contenders for some of his finest audio moments to date.  Take ‘When Love Turns To Hate’: it’s beauty is in its simplicity both lyrically and the arrangement.

He once declared his songs to be “soft songs for tough guys”: that would certainly be the mantra here, as ‘It’s Too Late Now’ is beautiful in it’s stripped back form – simply stunning would be an appropriate adjective – whilst  ‘Not A Million Miles From You’ is a wonderful chaser for the defiant ‘Spell Is Cast’: that is rock and roll personified (I kid you not) – defiant and proud as a peacock.  I think Mr Pallas knows how strong this album is as will the listeners when they get hold of it.

It has been many times I’ve reviewed the many guises of Tyla J Pallas and it’s always been a pleasure and it fills my heart with joy that the same feeling I had many moons ago when I first heard ‘Firework Girl’ or ‘How Come It Never Rains’; it’s great that the fire is still burning bright and with no sign of dissipating and that my friends is all I ask… it’s sometimes been a bumpy ride but to get albums this good makes it all worthwhile.

‘Tis indeed a fine line, but I’m delighted to report that this CD most certainly on the side of L-o-v-e!

The electric versions for obvious reasons change the songs somewhat, apart from the obvious dynamics: it’s like uncorking a good bottle of red and, as the songs begin to breathe and take on a new life, the underpinning fact is these songs are quality.

I must point out here that the production is most sympathetic and as Gary gets familiar with nob twiddling alongside M rT a mention for the multi-talented  Matty James shouldn’t be ignored as his bass guitar playing at times is really noticeable and really adds something to the party. In fairness, the musicians on these electric versions have great empathy and let the songs breath: take for example ‘House Of Mars’… it’s often giving a song the room to breathe is what creates the atmosphere, and the fact it never suffocates is rare.

There isn’t a song here that doesn’t work as either full plugged in band or acoustic, and that’s not an easy thing to achieve.  Take a bow Tyla J Pallas Band, for you have created a mighty fine piece of work and fans both old and new will absolutely love this one.